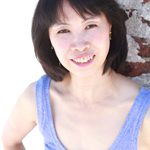 Anna first experienced Pilates in 1998 while on vacation at Canyon Ranch in Tucson. Upon returning to New York, she began taking private sessions at Tribeca Bodyworks (now known as Real Pilates) owned by Alycea Ungaro. She connected with the methodology so much that she applied for and was accepted into the Teacher Certification Program at the Pilates Center of New York located at Drago’s Gymnasium (now known as True Pilates or Romana’s Pilates). Leaving the corporate world of advertising behind, Anna completed the certification program in the fall of 2001 and has taught for Center for Movement since 2002. In 2007, Anna began exploring with movement in the Gyrotonic Expansion System and in 2009, completed her certification in that methodology as well adding to her versatility as a movement instructor. Outside the studio, Anna can be found taking a ballet class, a Gyrotonic Tower class, tap dancing or reading a murder mystery. *Instructor since 2002*